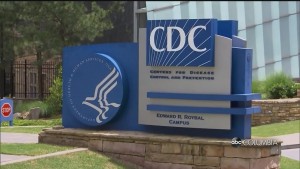 (ABC News) — As the nation’s COVID-19 resurgence reaches its highest point since mid-February, daily hospital admission levels and new COVID-19 related deaths in the U.S. are projected to continue increasing over the next four weeks, according to newly updated forecast models used by the CDC.

The forecast now predicts that nearly every U.S. state and territory is projected to see increases in new hospitalizations over the next two weeks.

Models also show that about 5,300 deaths will occur over the next two weeks. California, New York, Georgia and Florida are projected to see the largest death tolls in the weeks to come.

In the weeks after the U.S. surpassed 1 million confirmed COVID-19 related deaths, models estimate that a total of 1,010,800 fatalities will be recorded by June 11.

The projected increases come as infection rates continue to rise across the country, with a growing number of COVID-19 positive patients, once again, entering hospitals and requiring care, federal data shows.

There are now more than 24,300 virus-positive Americans currently receiving care in the U.S. — the highest total since mid-March, according to data from the U.S. Department of Health and Human Services (HHS).

Although totals remain significantly lower than during other parts of the pandemic, when there were more than 160,000 patients hospitalized with the virus, more than 3,000 virus-positive Americans are entering the hospital each day — an average that has increased by 18.7% in the last week, and approximately doubled in the last month.

Admission levels are now on the rise in every region of the country, and the number of virus-related emergency room visits are now at their highest point since February.
Pediatric hospital admissions have also increased by about 70% over the last month.

Nationally, new infection rates have reached their highest point in nearly three months. An average of 94,000 new cases are being officially reported each day, data from the Centers for Disease Control and Prevention shows. In the last six weeks, new cases nationally have nearly quadrupled.

President Joe Biden’s new coronavirus response coordinator, Dr. Ashish Jha, acknowledged during a White House press briefing on Wednesday that the U.S. is currently seeing “a lot of infections,” which he said is largely the result of highly infectious omicron subvariants spreading across the country.

“Right now, [there are] some areas of increased infection and hospitalization in the Northeast and Eastern corridor as well as in the Upper Midwest,” CDC Director Dr. Rochelle Walensky said on Wednesday. “But we’ve seen with prior increases, different waves of infection have demonstrated that this travels across the country and has the potential to travel across the country.”

The Northeast remains the nation’s most notable COVID-19 hotspot. Many of the states with the highest case rate per capita over the last week — Rhode Island, Massachusetts, Washington, D.C., New Jersey, and New York — are located in the Northeast. Puerto Rico, the Virgin Islands and Hawaii, have also all seen high case rates.

The high community level suggests there is a “high potential for healthcare system strain” and a “high level of severe disease,” and thus, the CDC recommends that people wear a mask in public indoor settings, including schools.

Officials noted that with more at-home COVID-19 tests now available, most Americans are not reporting their results to officials, and thus, infection totals are likely significantly undercounted.

“We know that the number of infections is actually substantially higher than that. It’s hard to know exactly how many but we know that a lot of people are getting diagnosed using home tests,” Jha explained.

However, even with the rise in infections and hospitalizations, Jha stressed that the U.S. is “in way better place than where we were two years ago,” thanks to key tools such as vaccines, therapeutics and testing access.

“We’ve got to keep using [those tools] as the virus evolves and as the virus continues to do what it’s doing,” Jha said, noting that he remains concerned about the U.S. outlook for the fall and winter, as he reiterated his call for Congress to approve $22.5 billion in COVID-19 funding.

“There’s a range of models out there of what we might see in the fall and winter,” Jha said. “We have got a plan for a range of scenarios…we have to plan for a scenario where we don’t get any more resources from Congress. I think it’d be terrible. I think we’d see a lot of unnecessary loss of life, if that were to happen. But we’re looking at all the scenarios, and planning for all of them.”