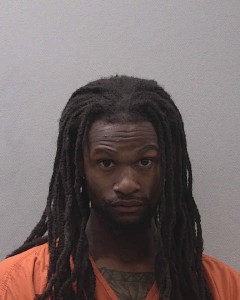 COLUMBIA, SC (WOLO)– The Lexington Police Department says a 25-year-old man has been charged in connection with a shooting that injured two people at Summer Cove Apartments. Police say Bobby Ray Robbins is charged with five counts of attempted murder, possession of a weapon during a violent crime, discharging a firearm into a dwelling and discharging a firearm in the Town of Lexington.

The shooting happened in the apartment complex parking lot early Sunday morning, with officers being called at approximately 3:45 a.m. Authorities says five people were shot at when they tried leaving the parking lot in a car.
According to authorities, two victims sustained injuries. Officials say one victim’s head was grazed by a bullet and the other was shot in the shoulder, sustaining a non-life-threatening injury.
Residents at the apartment complex were initially asked to shelter in place during the start of the investigation and Railroad Avenue from South Lake Drive to Swartz Road was temporarily closed. The shelter in place request is over and residents can return to their apartments.
The incident remains under investigation. If you have any information, call Detective Heath at 803-951-4642.
Categories: Lexington, Local News
Tags: Lexington Police Department
Share

SCHP: Driver and passenger die in collision on I-95 in Clarendon County