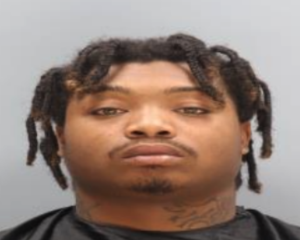 COLUMBIA, SC (WOLO)– The Columbia Police Department says a 22-year-old man has been arrested with a connection with a shooting that took place Monday night at the Colony Apartments.

Police say Kevonta D. Jones is accused of shooting two people after an argument shortly after 7 p.m. Monday. Authorities say Jones is charged with attempted murder, possession of a weapon during a violent crime and assault and battery of a high and aggravated nature.

According to authorities, both victims remain in critical condition at a local hospital.

Arrest made in connection with a shooting incident at the Colony Apartments last night. The 2 male victims remain in critical condition.https://t.co/asv88nqP66 pic.twitter.com/pjIjOY9YuS

Officers say they believe Jones had a personal conflict with one of the victims.

Jones was taken to the Alvin S. Glenn Detention Center.