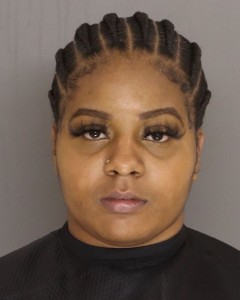 Coulette was later identified as the shooter after two people were shot and injured during a weekend gathering.
Police say the incident stemmed from an ongoing dispute between Coulette and one of the shooting victims.

According to authorities, Around 11:30 Saturday night, Coulette was involved in an argument with a 21 year old woman during a gathering at Eastwood park off of Boulevard Road. Authorities say Coulette was later identified as the shooter that injured the woman she was arguing with, as well as a 29 year old man police say was not the intended target. Both suffered what officials say appeared to be non life threatening injuries.

Coulette is charged with Attempted murder, Assault and Battery of a High and Aggravated Nature and Possession of a Weapon During a Violent Crime.