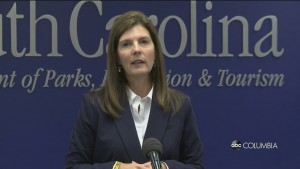 Evette says she’s proud to serve as the 93rd Lieutenant Governor of the Palmetto state since 2018, and is looking forward to 4 more years.

A total of 8 state executive officers are up for election in the Palmetto state on November 8th.