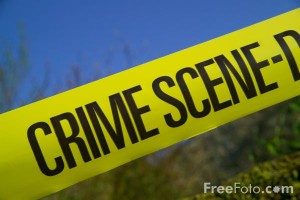 Officials say on July 26th Philip Jackson, 45, and Sabrina Jackson, 34, were found in a home on Ermine Rd.

Authorities say Mrs. Jackson who was the estranged wife of Mr. Jackson died from a single gunshot wound to the abdomen.