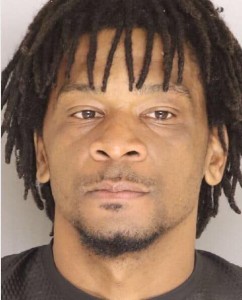 Sumter, S.C. (WOLO)– Sumter police say a disagreement led to the assault and ultimately the death of a 57 year old man earlier this week.

Investigators say Thomas Brooks, 42, is charged with murder in connection with the death of Stevy Pleasant.

According to police a passerby found Pleasant just after midnight Tuesday lying in the road on Carolina Ave.

Investigators say Pleasant had injuries to his upper body and was taken to a Columbia hospital where he later died.

Through an interviews, investigators say they were able to determine Brooks struck Pleasant with a solid object following an argument causing the injuries.