Police: Bond denied for 37-year-old suspect charged in connection with fatal collision on Farrow Road involving victims on a moped 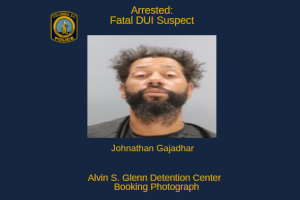 Police say Gajadhar and the victims were driving southbound on Farrow Road. Gajadhar is accused of being intoxicated and speeding when he rear-ended the moped, say investigators.

According to police, during the investigation, TSU officers discovered that at the time of the incident, Gajadhar driver’s license was suspended as a result of previous DUI and Driving Under Suspension (DUS) convictions.