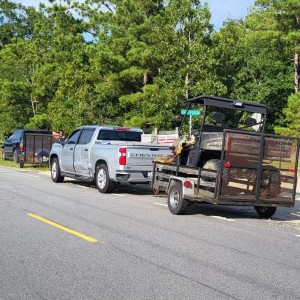 Kershaw Co., SC (WOLO) — Kershaw County Deputies continue their investigation into what they believe may have been a road rage incident that led to a fight Sunday.

Authorities say it took place on Lockhart Road near North Central High School. According to deputies, an SUV struck the passenger side of the other truck while trying to pass the vehicle, the driver claimed was kicking rocks up on to his truck. According to deputies, instead of letting other truck pass, the first truck sped upwards of 80 miles per hour, on the 55 mile per hour road before coming to a stop.

Kershaw deputies say no one was injured as a result of the altercation and are still investigating.  No word on possible charges.

If you have any information that may help contact the Kershaw County Sheriff’s Office.