Raising awareness on the fight against domestic violence 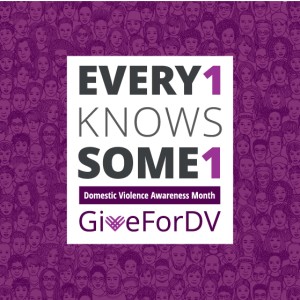 SCCADVASA’s Executive Director Sara Barber is encouraging everyone to play a role in changing the narrative around domestic violence in the state. She recommends volunteering at local survivor shelters or donating to services that support them, and above all learn about the indicators of violence.

“It can be very complicated because when we see domestic violence we often have this stereotype image of a very powerful looking man looming over a woman who is sort of shrinking away in fear but sometimes it’s not just physical it can be emotional, it can be economic, it can be religious and spiritual abuse. And so it might just be as simple as somebody you know and love is pulling away from you and you don’t get to see them anymore because their partner isn’t letting them out,” says Barber.

Next month SCCADVASA will be kicking off its ‘Every1 knows Some1’ campaign. Barber says CDC figures indicate that 1 in 4 women and 1 in 7 men in South Carolina have been victims of domestic violence at some point in their lives, so chances are you know someone.

Barber says there is a pathway to healing and safety for victims of domestic violence.

“I think that message of hope and help is the two important things to remember. You are not alone, there are people who want to help you,” says Barber.

You find out about SCCADVASA’S available resources for domestic violence victims here.