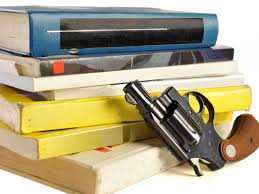 Cayce, SC (WOLO) — The Cayce Police Department was called to Airport High School Friday morning after school officials say a student was suspected of selling drugs at the school. During their investigation into the allegations,  the school Resource Officer and Cayce Police searched the student’s personal possessions and the car they say the teen had driven to campus.

That search led officers to the discovery of a loaded gun, as well as vape materials and paraphernalia.

School administrators tell us that student was taken to the Department of Juvenile Justice.