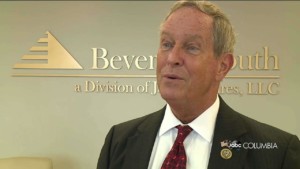 Columbia, SC (WOLO) — The Associated Press is calling incumbent Republican Congressman Joe Wilson the winner of the 2022 Mid-Term elections. According to the South Carolina Election Commission Wilson held on to the lead with 60.09% of the vote, compared to his challenger, Democratic candidate Judd Larkins who walked away with 39.77% of the vote. Those numbers were announced out of the 68,189 votes tallied as of 9:38 Tuesday night.

While the votes are still coming in, the AP says it appears Wilson will head back to representing the 2nd district for what will be his 11t-h full term.