AG: SC is part of $3.1 billion-dollar settlement with Walmart over opioid epidemic allegations 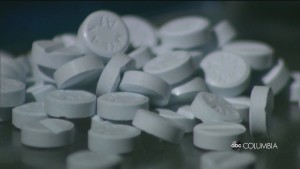 Columbia, S.C. (WOLO)– Attorney General Alan Wilson says he has reached a settlement with retail giant Walmart to resolve allegations that the company contributed to the opioid addiction crisis.

According to the lawsuit the store failed to appropriately oversee the dispensing of opioids in its stores.

Officials with the AG’s office say the more than $3 billion settlement will be dispersed nationally and will also require Walmart pharmacies to improve how they handle opioids.

“The opioid epidemic has taken too many loved ones and hurt too many families, but it wasn’t one person or even one company that created this problem,” Attorney General Wilson said. “My fellow attorneys general and I are doing everything we can to hold accountable the companies that played a role in the opioid epidemic. This settlement will help people get the treatment they need while also changing the way pharmacies operate to ensure this doesn’t happen again.”

Walmart said in a statement it “believes the settlement framework is in the best interest of all parties and will provide significant aid to communities across the country in the fight against the opioid crisis, with aid reaching state and local governments faster than any other nationwide opioid settlement to date, subject to satisfying all settlement requirements.”

Pet of the Week: Bebe Rexha!