Multiple jurisdictions team up in search of murder suspect 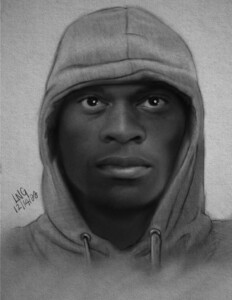 Sumter Co./Clarendon., S.C. (WOLO) —-  Local law enforcement they hope someone has information about an ongoing death investigation that will lead to the arrest of a murder suspect.

Wednesday, December 14, 2022 the Clarendon County Sheriff’s Office was call to an area within the Oakdale community to help with an ongoing investigation Sumter County was in the process of working. According to authorities, once they arrived at the scene around 11:30 in the morning, they discovered a dead body. Upon further investigation,  the victim was identified as Mae Burgess they say was murdered inside of her home.

According to investigators Burgess, who they believe was murdered was last seen the day before her body was found on December 13, 2022 around 12:30 in the afternoon. Officials are now linking this to several other assaults and thefts they say have also taken place recently in Sumer County.

Both jurisdictions are now searching for a man they believe is involved in Burgess’ murder. While law enforcement has not been able to locate the suspect, they were able to get surveillance video of the man getting out of a gold colored 4 door sedan with the South Carolina License plate tag of  TGQ 705, a car authorities later determined stolen from Burgess’ home. 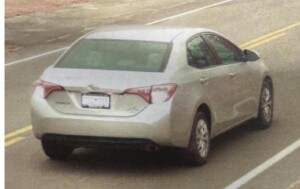 Sumter County, Clarendon County and SLED law enforcement officials are working together in hopes of getting the suspect off the street and behind bars.

Take a good look at the sketch provided by deputies, as well as the vehicle pictured above. If you have any information concerning this incident or if you happen to recognize the suspect call police. As always you can make an anonymous tip by calling 1888-CRIME-SC or by going online to submit your tip by clicking on the link provided for you below.
HERE.