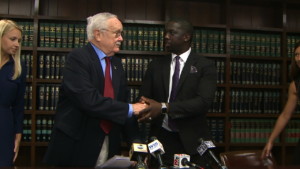 COLUMBIA, S.C. (WOLO) – Former Swansea head coach Greg Wright was expected to be working the sidelines once again at Brookland-Cayce this past Friday. But the Bearcats new co-defensive coordinator was not present during the team’s week zero opener.

We now know why.

Wright’s legal team of Cromer Babb Porter & Hicks LLC released an official statement on the situation of their client Tuesday afternoon, saying Lexington School District Two told BC not to use Wright as a coach in Friday’s 42-35 win over White Knoll.

The former Gamecock football player was terminated at Swansea in June, applying for reinstatement by the Lexington School District Four in July. The board chose not to vote on the decision.

Wright was terminated as the program’s head coach on June 26 on the grounds that he was “grossly negligent in the way that he failed to safeguard his players along with a litany of false charges and accusations about previous pretextual warnings and write-ups”, according to a case copy provided by Cromer’s firm.

Wright and his lawyers responded by filing a suit against Lexington Four one day after their hearing.

See Tuesday’s news release in its entirety below: 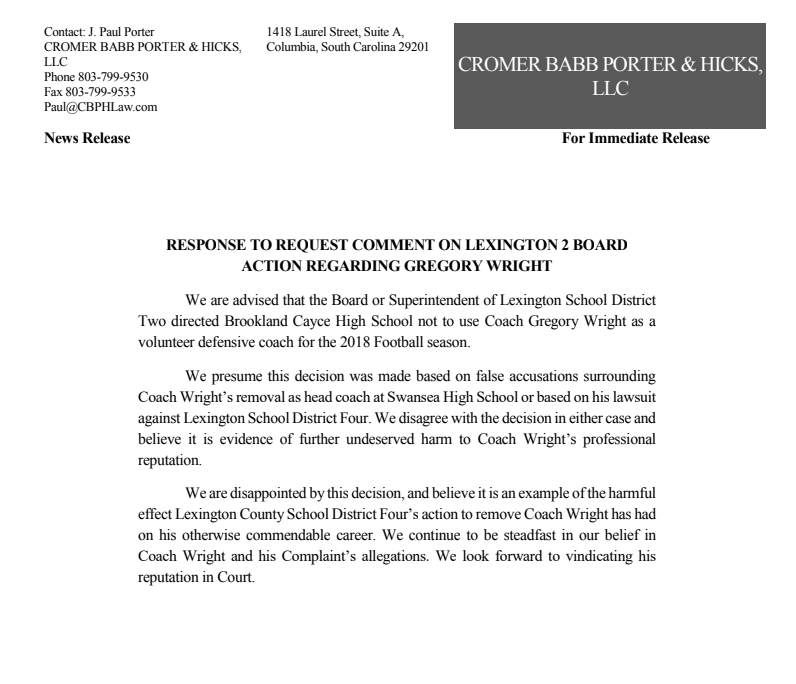