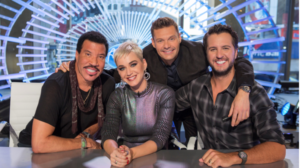 Columbia, SC (WOLO) — The search for the next Superstar is on!

It’s that time of the year where singers across the country start warming up their vocal cords to try out for one of the longest running television singing competitions. This week, in Columbia, you could start your journey to becoming an American Idol.

On Monday August 26th, 2019 the American Idol bus tour is rolling into the Capital city to check out what talent the famously hot city has to offer.

Auditions will begin at 9AM at the Pastides ‘USC’ Alumni Center.
(900 Senate St, Columbia, SC 29201). ABC Columbia News will be live throughout the day with coverage. Join us on GMC, ABC Columbia News at Noon and 6pm and 11pm with Josh Berry and Rochelle Dean.

The television competition first aired back in February of 2002, making some aspiring singers dreams come true, now it’s your turn to see if you have what it takes to get the golden ticket go to Hollywood.  The upcoming season airs right here on ABC Columbia for what will be the 18th season with Judges Luke Bryan, Katy Perry and Lionel Richie  as well as producer and host Ryan Seacrest.

Unfortunately, you’ll have to prove you have the talent to move on to the next level before you get to stand before the main judges, because they will not be at Monday’s series of auditions.

Make sure you tune in to ABC Columbia News Monday where we will have crews from both Good Morning Columbia and the News at 6 with updates, contestants, and the latest on what you can bring to the table.

If you are not able to make it out to auditions here in the Palmetto state, you still have time before auditions for this season wrap up. 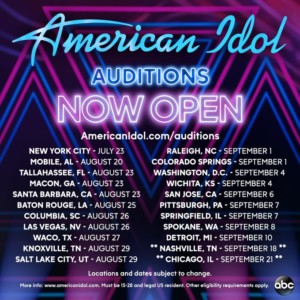