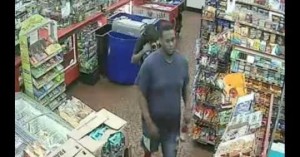 Columbia, SC (WOLO) — The Richland County Sheriff’s Department is hoping someone can help them identify two people authorities say may have been witnesses to a deadly shooting.

Around 9:20 Tuesday night authorities responded to a shooting in the 1600 block of Longcreek Drive

The victim in the shooting identified by Richland County Coroner Gary Watts as 23 year old Isaiah J. Allen was found suffering from multiple gunshot wounds and pronounced dead on the scene.

According to authorities, there were several witnesses who were in the area at the time of the incident that scattered once deputies arrived. RCSD says two of the men seen here were among those present when the shooting took place. And according to officials, may have some information that can help lead to an arrest.

Anyone who recognizes these men or knows where they are may be is asked to contact authorities by calling 1888-CRIME-SC anonymously or by submitting a tip to Crime Stoppers at crimesc.com.