Council members vote to approve new 'Use of Force' recommendations 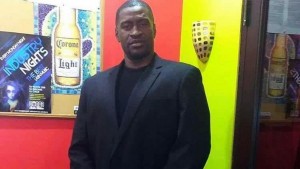 The national unrest, peaceful protests and marches that followed the May 25th, 2020 death of George Floyd did not go unnoticed.

Especially, for CPD Chief Skip Holbrook who city officials say had already begun reviewing the details of the ‘Use of Force’ procedures on the books in the Capitol City. 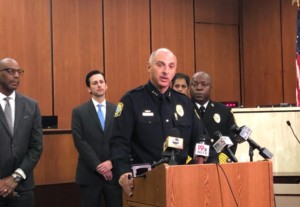 In direct response to that, as well as inquiries made by Mayor Steve Benjamin who says he had ‘immediate concerns’ over video that surfaced showing the  May 30 arrest of a man held down by a CPD officer using his knee to the back of the suspects to leg during following arrest after violent protests in Columbia .

But the Mayor says, Chief Holbrook was already well aware of the arrest and was in the process of reviewing procedures in place.

To continue being as transparent with the public as possible, maintain accountability, and professionalism, Chief Holbrook presented updated recommendations that could be made. The Columbia City Council agreed and voted unanimously to approved Chief Skip Holbrook’s recommendations concerning the use-of-force policy that is currently in place.

The revised policy, which also reflects Campaign Zero’s “8 Can’t Wait” recommendations, prohibits the use of chokeholds and carotid artery holds unless deadly force is authorized.

In addition to that, there are new precautions officers must take when interacting with a suspect in an attempt to avoid positional asphyxia.

“We are fortunate that in Columbia our police force continues to find ways to better meet the needs of the communities they serve, and today’s decision by City Council on revising use of force policies will hopefully result in better relations and improved trust between our police and our citizens.”

City officials say they have been making upgrades to their policy since 2014. According to officials, CPD has created protocols, pledges and put community-policing initiatives in place as part of the department’s progressive 21st Century Policing posture.