“The driver called 911 after he ran away from the robbery scene and found a neighbor to help him,” Lexington County Sheriff Jay Koon said. “He reported three males approached him as he was making a delivery to a home on Wilton Hill Road. One had a gun and told the victim to empty his pockets.”

Deputies say they set up a perimeter and found three individuals matching the description given to them. Authorities say all three were taken into custody. 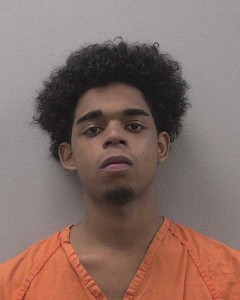 Authorities say 18-year-old Justice Isaiah Martin has been charged with armed robbery. Officials say the names of the other two are not being released because they are minors.

“This isn’t something to be taken lightly,” Koon said. “Nobody should do this for fun. An armed robbery is serious and we’re going to respond, make arrests and charge anyone who threatens the safety of someone out there working in our community.”

CPD: Man charged for fatal collision on Farrow and 277