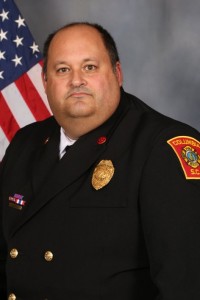 The fire department says Battalion Chief Desso began his career with CRFD in 1997, and he was promoted to battalion chief in 2017. CRFD says that while Desso was a fire captain in 2016, he and members of his crew were recognized for their efforts in rescuing someone trapped in a burning structure.

The fire department says “Chief Desso’s dedication and service to our community will never be forgotten. Details on funeral services to honor his life will be announced at a later date.”

CRFD thanks the community for its sympathy to Battalion Chief Desso’s friends and family.