The Oscars Live Sunday on ABC: inside look

The Oscars are on ABC Columbia Sunday 8pm 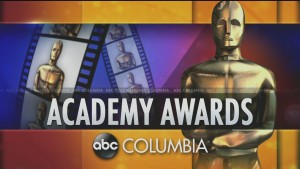 According to ABC, Regina Hall, Amy Schumer and Wanda Sykes will host the event.

“The Oscars” will air live on ABC and broadcast outlets worldwide on SUNDAY MARCH 27 8e/5p. This year’s Original Song nominees and performers are as follows (in alphabetical order by song title):