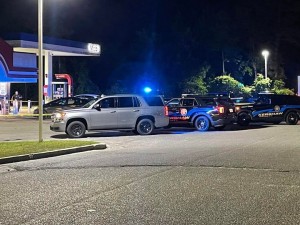 COLUMBIA, SC (WOLO)– Kershaw County Coroner David West released the name of a 19-year-old killed in a shooting at a gas station in Lugoff early Tuesday morning. The coroner says the victim was Dashaun Kirkland, who is from the Elgin area.

Investigators say the shooting happened at the Kangaroo gas station on Highway 601 South near I-20 around 1 a.m. According to investigators, Kirkland was found dead in the parking lot and another victim was taken to the hospital with a non-life threatening injury.

Officials say Kirkland was an employee of the gas station.

Deputies say they have all the people involved in custody, and they don’t believe this was a random incident. The shooting remains under investigation by the Kershaw County Sheriff’s Office, Coroner’s Office and the South Carolina Law Enforcement Division.