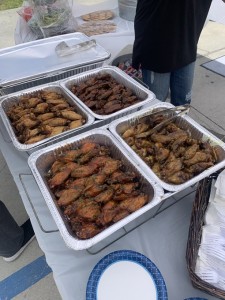 COLUMBIA, SC (WOLO)– There’s a new wing business in the City of Columbia.

According to officials, Co-Owners Kimberly Cannon and Tyrone White and Chief Operating Officer and Operations Manager Kenneth Robinson created Nothin’ But Wings after noticing that there were not many locally owned wing restaurants in the Columbia Metropolitan area.

The owners say they wanted to offer a different narrative for the community. Nothin’ But Wings is located at 5911 Colonial Drive, SC 29203.