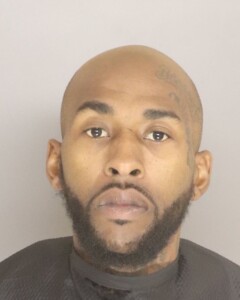 Sumter Co., SC (WOLO) —  The Sumter County Sheriff’s Department has arrested a man accused of  possession of drugs and a stolen gun. According to warrants, 33 year old Luke Taylor was pulled over during a routine traffic stop after authorities claim he disregarded a light at a busy intersection. While he was pulled over by deputies, officials say they could smell a strong scent of marijuana coming from the car.

Deputies started a legal search of the car when they discovered more than 900 grams of marijuana, an immense amount of pills believed to have been oxycodone along with a firearm deputies later determined was reported stolen. While placing Taylor under arrest, authorities learned he had a previous conviction which in the state of South Carolina prohibits him from being in possession of a gun legally.

Taylor faces multiple charges including Possession with Intent to Distribute, a third offense for being in Possession of Drugs, Possession of a Stolen Firearm and Possession of a Weapon by a Convicted Felon. He was taken to the Sumter County Sheriff’s Office Detention Center and was released on a $40,000 dollar bond.