(ABC News) — While some of their friends and loved ones are still being buried at home, both survivors and families of victims in recent mass shootings challenged lawmakers on Capitol Hill this week to reach a deal on gun reform negotiations or risk continuing a 30-year trend of inaction in the wake of tragedies from Sandy Hook to Parkland.

As Senate negotiators continue talks, the House on Wednesday evening passed a sweeping package, largely along party lines — called the “Protect Our Kids Act” — which would raise the age limit for purchasing semi-automatic rifles from 18 to 21, ban high-capacity magazines, create firearm safe storage requirements, and tighten the regulation of bump stocks and “ghost guns.”

A handful of members broke ranks in the 223-204 vote, with five Republicans — Reps. Adam Kinzinger of Illinois, Anthony Gonzalez of Ohio, Brian Fitzpatrick of Pennsylvania, Chris Jacobs of New York, and Fred Upton of Michigan — supporting the package, and two Democrats — Reps. Jared Golden of Maine and Kurt Schrader of Oregon — voting no. 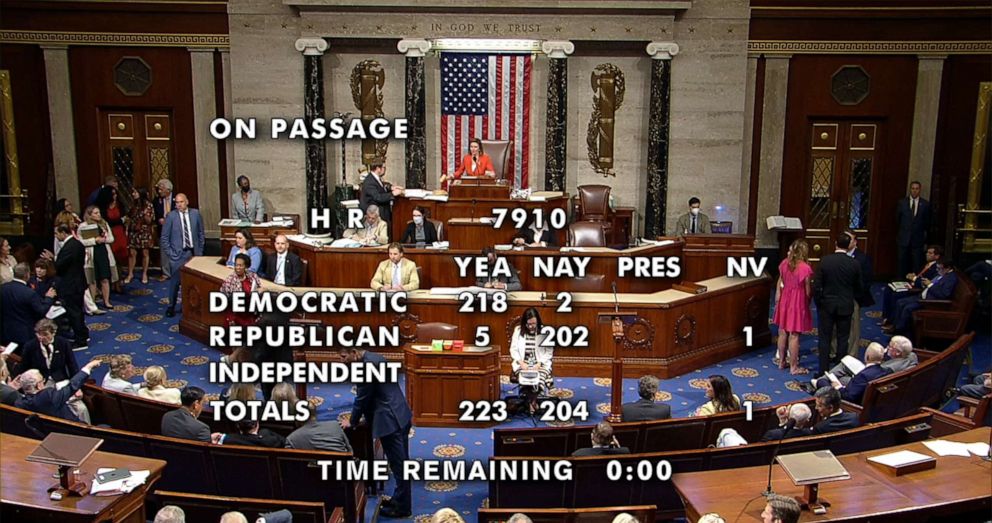 Notably, each Republican who crossed party lines will not be returning to Congress next term, and Schrader recently lost his Democratic primary. One Republican did not vote.

House Speaker Nancy Pelosi gaveled in the vote Wednesday with a smile as her caucus cheered.

But House GOP leaders pushed back ahead of the vote, with Rep. Steve Scalise, R-La., noting, “there wasn’t a conversation about banning airplanes,” after the Sept. 11 attacks — and calling for the majority to hold bipartisan talks like their Senate counterparts. Though the legislation is doomed in the upper chamber, it’s intended to put pressure on Republicans who have been hesitant to enact — or outright blocked — reform at the federal level, despite growing calls for change. 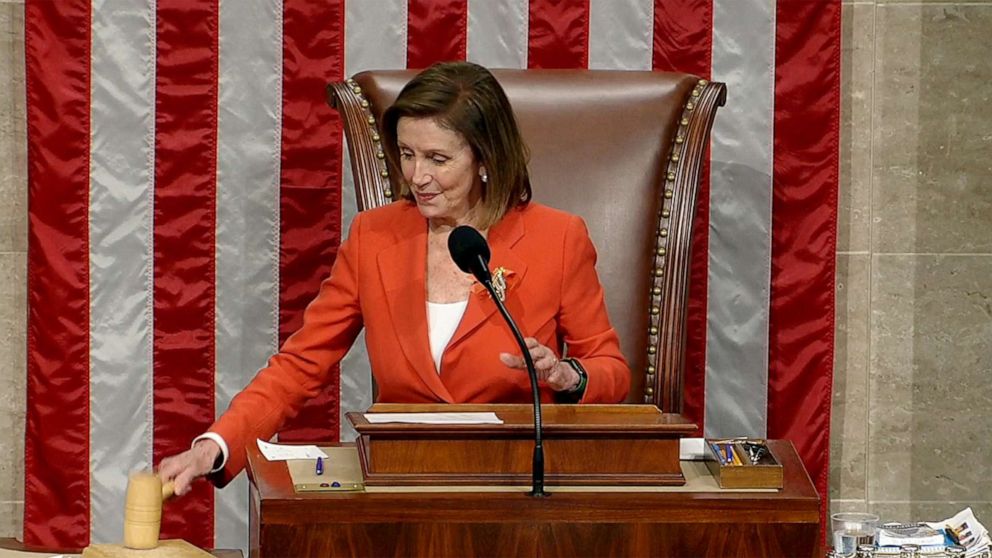 The real opportunity to change policy lies in the Senate, where a small group of bipartisan negotiators is inching closer to reaching a gun reform deal in principle.

Sen. Chris Coons, D-Del., leaving a meeting with the group of roughly 11 lawmakers on Wednesday, said they were discussing “a series of concrete proposals” that he’s “hopeful in the next day will all be reduced to a framework that includes a broad range of commitments, in terms of dollar amounts and purposes.”

But questions remain around what the final deal will include — and if it will go as far as many Americans are demanding.

“Somewhere out there, a mom is hearing our testimony and thinking to herself, ‘I can’t even imagine their pain,’ not knowing that our reality will one day be hers — unless we act now,” said Kimberly Rubio, mother of Lexi Rubio, a fourth-grade student among the 19 kids and two teachers killed in Uvalde, Texas. “So, today, we stand for Lexi. And as her voice, we demand action. We seek a ban on assault rifles and high-capacity magazines.”

“You expect us to continue to just forgive and forget over and over again. And what are you doing?” asked Garnell Whitfield Jr., a son of Ruth Whitfield, the oldest victim of the Buffalo shooting, which left 10 Black people dead, asked senators Tuesday. “My mother’s life mattered. Your actions here will tell us if, and how much, it mattered to you.”

Academy Award-winning actor Matthew McConaughey, who said he learned responsible gun ownership growing up in Uvalde, also offered a passionate plea from the White House after lobbying lawmakers on both sides of the aisle this week, saying that Americans are more united on the issue of guns, but it’s Congress that’s divided.

The bipartisan group of senators, led by Democratic Sen. Chris Murphy of Connecticut and Republican Sen. John Cornyn of Texas, is aiming to reach a compromise this week on a package that could garner enough support to pass Congress — but they’re considering measures much smaller in scope than what both victims and President Joe Biden have publicly called for.

Instead of universal background checks, supported by 89% of Americans according to an ABC News/Washington Post poll, negotiators are looking to expanding background checks to look at juvenile records. Regarding red-flag laws, supported by 86% of Americans according to the same poll, laws which temporarily remove guns from the hands of individuals who are considered a danger to themselves or others, the group is considering incentivizing states to implement their own, as opposed to enacting red-flag laws at a federal level.

U.S. Senator from South Carolina Lindsey Graham released a statement concerning the passage of the bill in the House and says,

“The House-passed gun control bill is an extreme constitutional overreach.  It represents the wish list of the Left when it comes to gun control. I will vigorously oppose this measure. It will go nowhere in the Senate.”