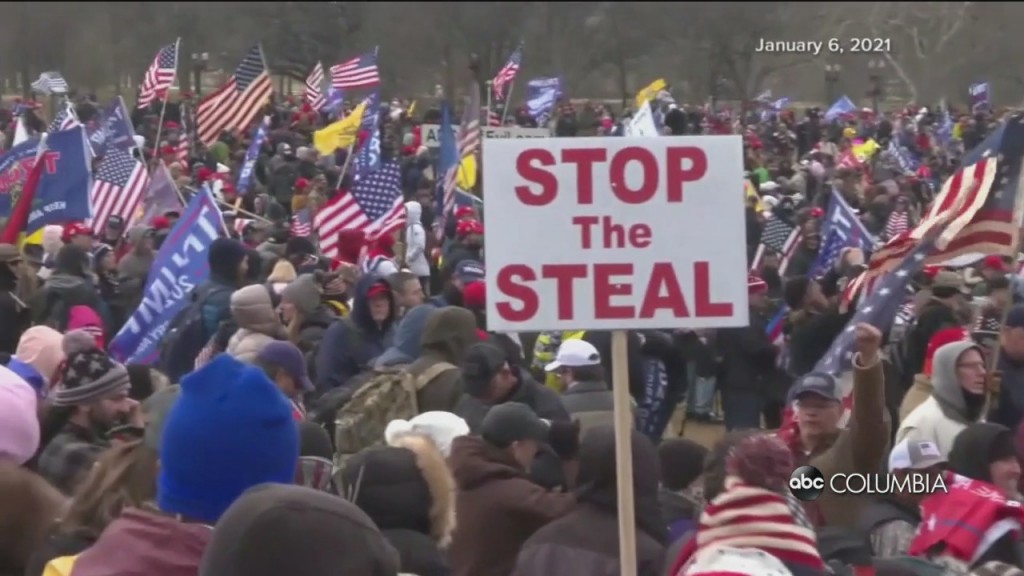 There are new security measures in Washington DC as we approach the anniversary of the January 6 insurrection. The Department of Homeland Security warns law enforcement to be on alert. 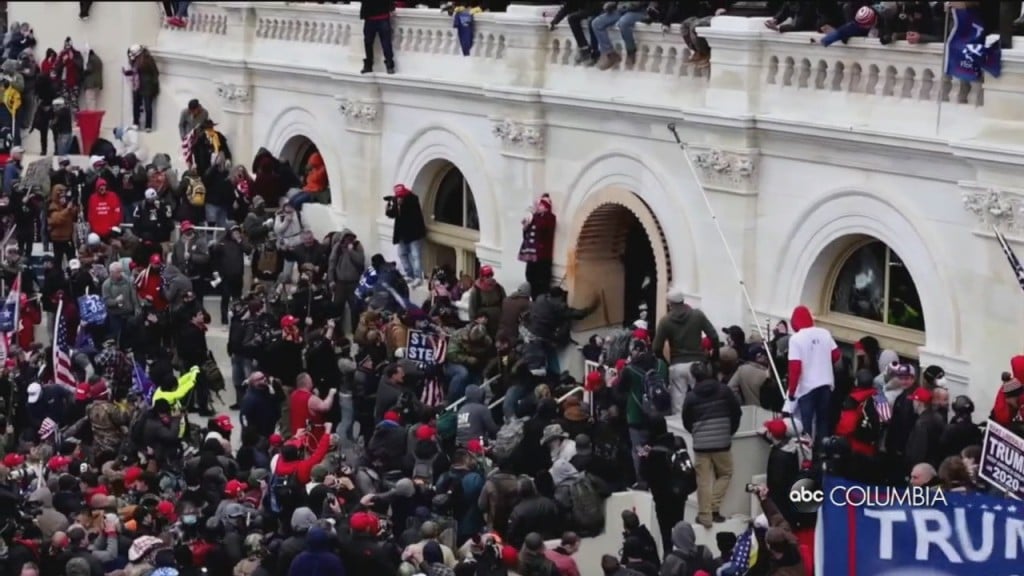 The inspector general for the U.S. Capitol Police has issued a scathing preliminary report about the Capitol Hill riots. The IG found the department failed to send out intelligence, as early as December 30, suggesting protesters may have been inclined to become violent. 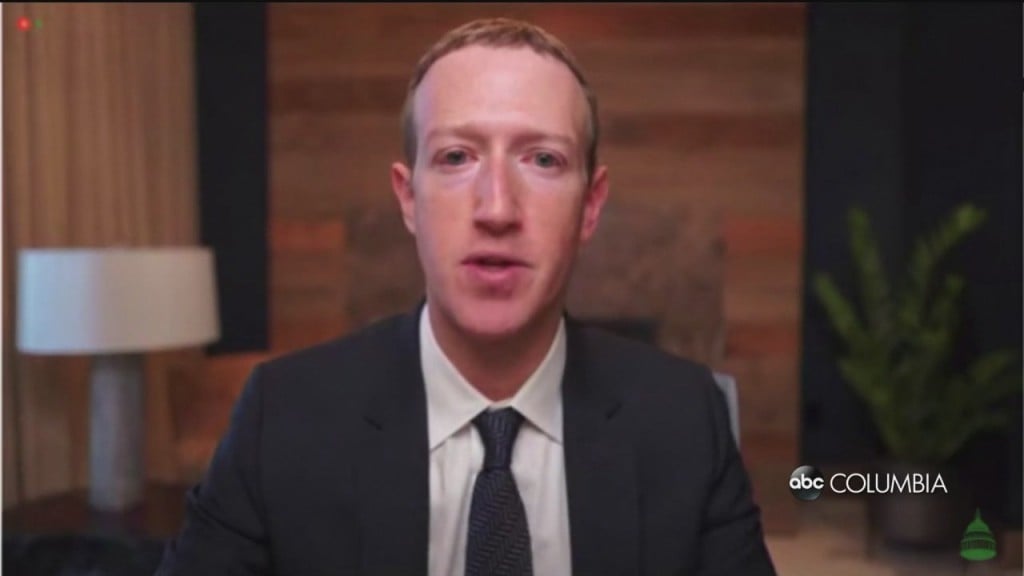 Facebook CEO testifies before House over policing the platform, role in January 6 insurrection

Mark Zuckerberg testified virtually before House lawmakers on Thursday, saying Facebook is not responsible the January 6 insurrection at the Capitol. Members of the House Energy and Commerce Committee grilled Zuckerberg and other social media CEO’s for not policing their platforms. 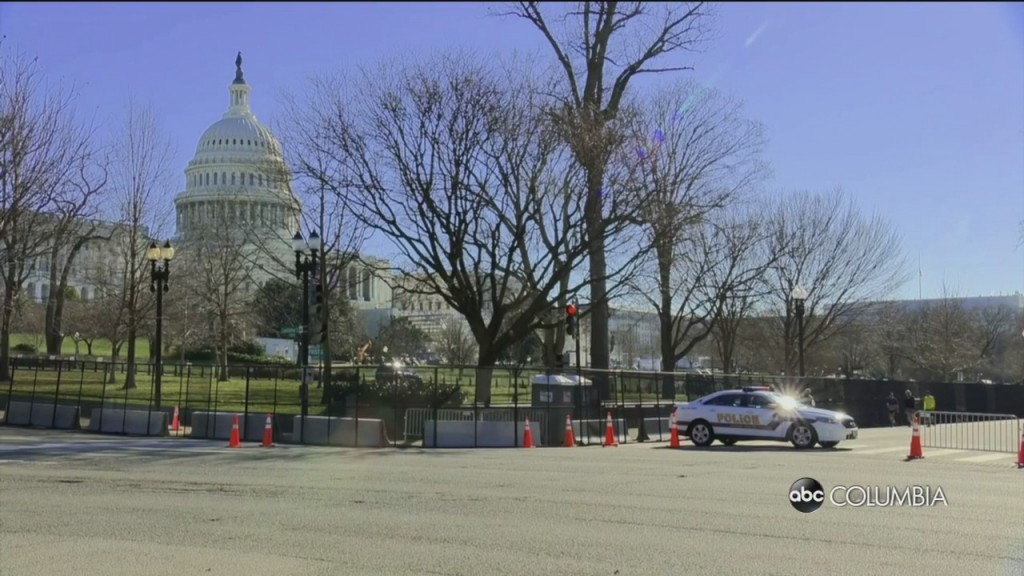 Fencing installed around the United States Capitol after the violent security breach is being scaled back. Capitol Police tweeted all of the fencing surrounding the outer perimeter of the Capitol has now been taken down. 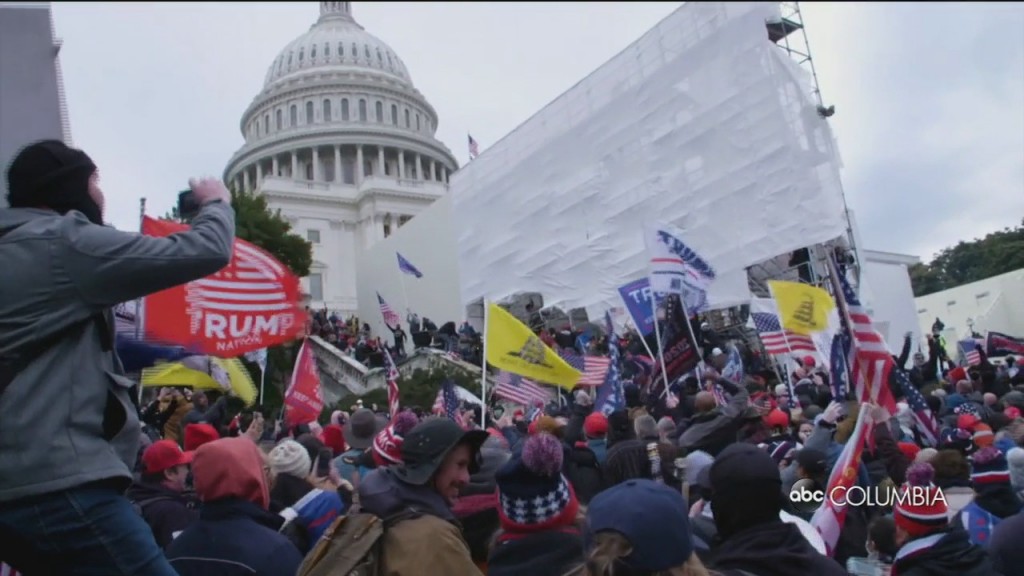 Federal prosecutors believe the Proud Boys and the Oath Keepers coordinated before the January 6 riot at the Capitol. In a new court filing, the Justice Department alleges Kelly Meggs, a leader of the Oath Keepers, had Facebook chats about communications with Proud Boys leadership. 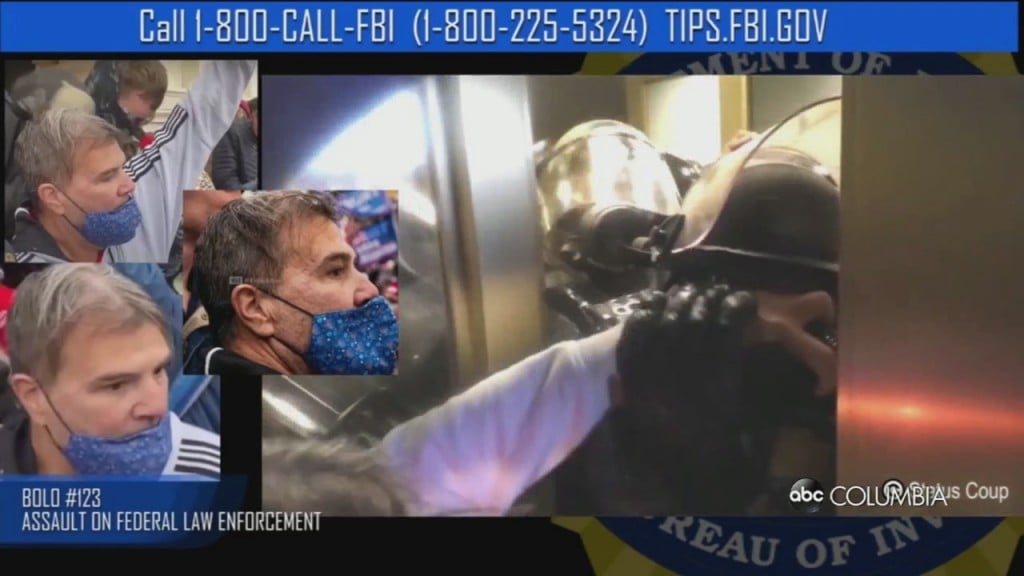 he FBI has released graphic new videos from January’s riot at the U.S. Capitol, showing protesters assaulting police. In one video, a rioter can be seen grabbing an officer by the helmet and smashing his head against a door. Other videos show protesters using poles and other weapons to assault police. 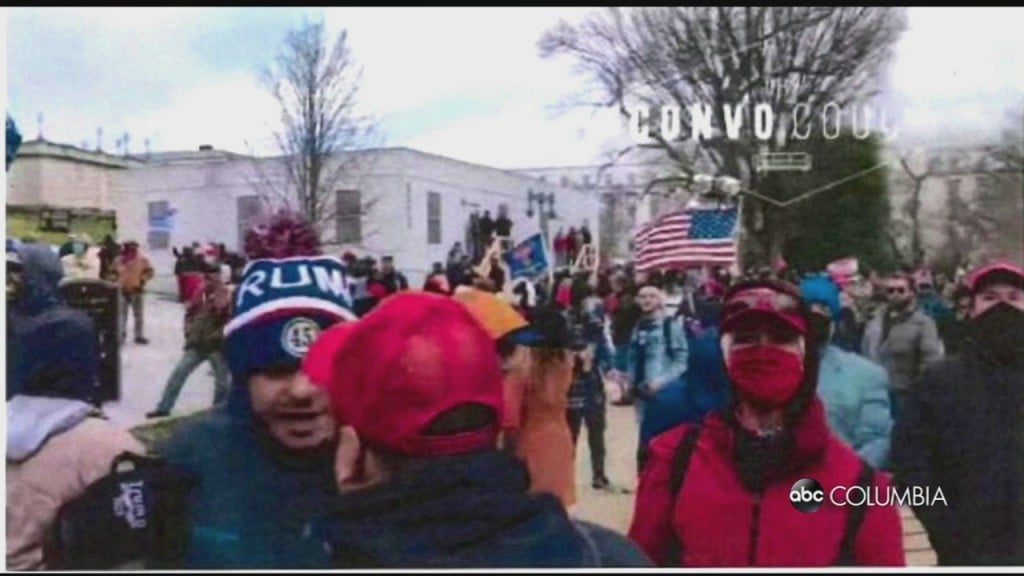 More arrests have been made in the January 6 siege of the Capitol. The Department of Justice says they have charged two men with assaulting Capitol Police Officer Brian Sicknick. Sicknick, was one of five deaths that occurred on the day of the insurrection. 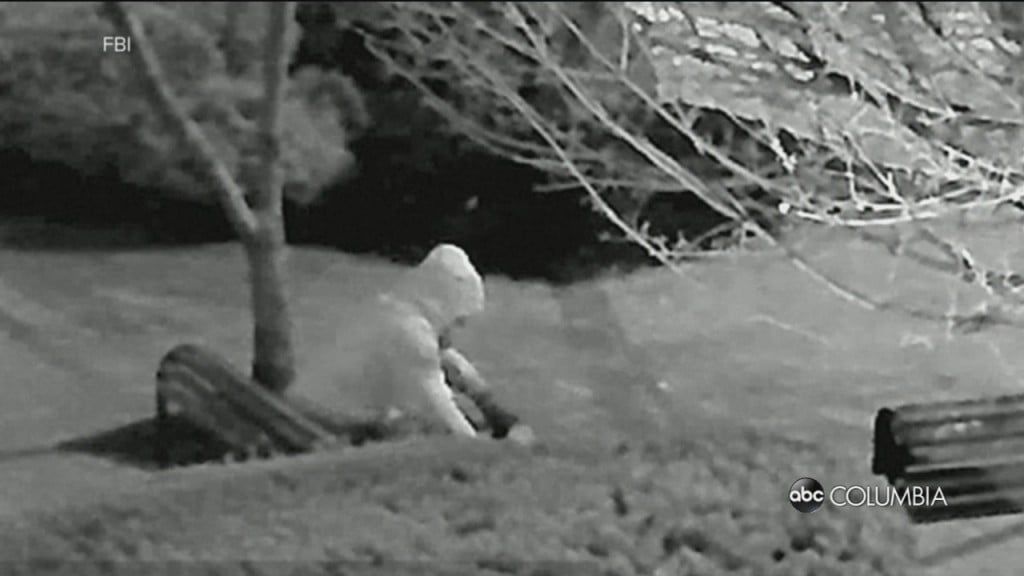 The FBI is asking for the public’s help in finding the person who placed two pipe bombs the night before rioters breached the U.S. Capitol. Those bombs were found at the Democratic and Republican National Committee Offices in Washington. 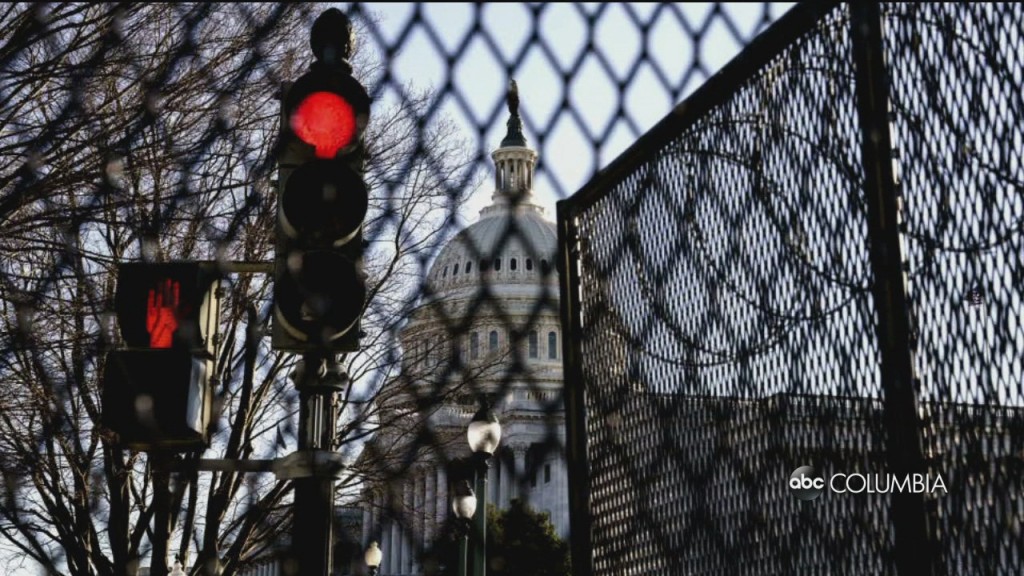 Heightened security at the U.S. Capitol amid potential threats Thursday

Officials say domestic terrorists could be planning another attack on the Capitol Thursday, forcing a level of heightened security around the area. 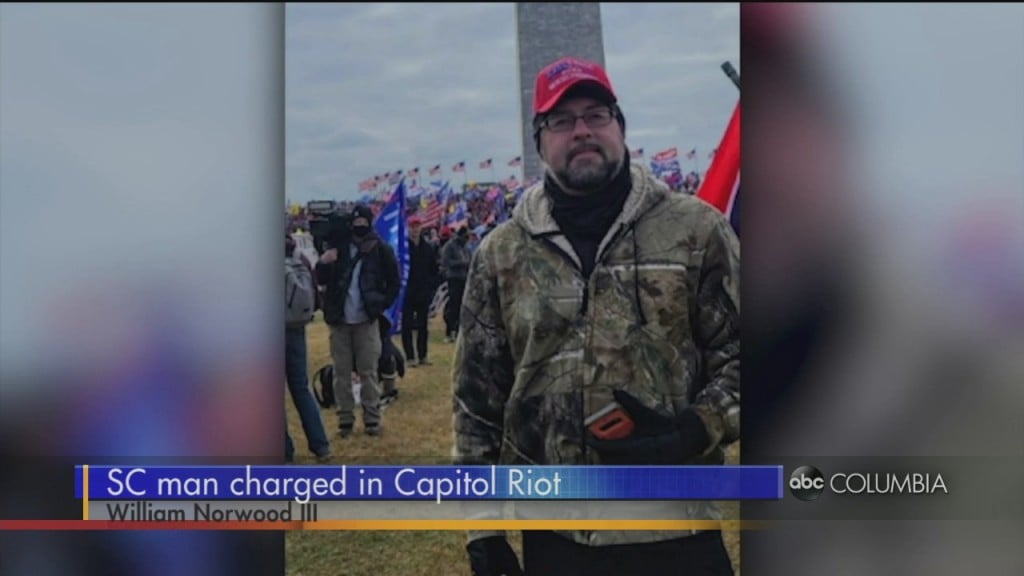 A man from the Upstate now faces charges for attacking police during the U.S. Capitol riot on January 6. William Norwood III is facing multiple federal charges including theft of government property, obstruction of Congress and disorderly conduct on Capitol grounds.